The Power Of Logic

Posted by Neyo Webster at 12:18 PM No comments:

The God Who Wasn't There [Full Film]

A former evangelical Christian unpacks the truth concerning the mythos of Christianity and the non-historical existence of its founder Jesus Christ.
Posted by Neyo Webster at 8:43 PM No comments:

(Official Movie) THRIVE: What On Earth Will It Take?

Posted by Neyo Webster at 11:09 PM No comments: 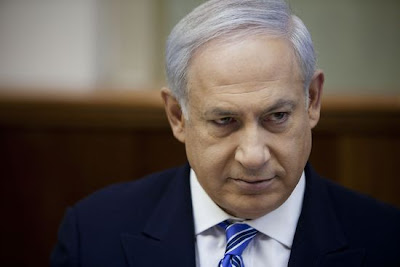 Israel’s Prime Minister Binyamin Netanyahu warned Sunday of the need to prevent “illegal infiltrators flooding the country,” According to the country’s Army Radio. “If we don’t stop their entry, the problem that currently stands at 60,000 could grow to 600,000, and that threatens our existence as a Jewish and democratic state,” he said at the weekly cabinet meeting, held this week at Ammunition Hill in honor of Jerusalem Day. The fence on the border with Egypt would be completed by October, Netanyahu added, with the exception of a mountainous area near Eilat. Israel’s tiny African migrant population of around 50,000 has become a hot-button issue over the past two years, and particularly in recent weeks. Israel’s Interior minister Eli Yishai says African migrants should be jailed or expelled. Yitzhak Aharonovich a member of the Knesset has also requested an emergency meeting on the issue. ”I need to return security to the citizens of Israel,” Yishai told Army Radio Sunday, adding that Israel can send migrants back to their home countries or a willing third country. When asked about the morality of sending refugees back to their countries of origin, Yishai said that only a small fraction of the migrants are refugees, and that no other solutions were available. “Whoever is complaining should go to south Tel Aviv or invite the infiltrators to their neighborhood,” Yishai said. Labor MK Isaac Herzog noted that 70 percent of the migrants are of Eritrean origin, and said that the Eritrean government must be consulted in order to reach a solution. The prime minister addressed the issue of African migration to Israel on Sunday after Public Security Minister Yitzhak Aharonovitch said the issue demanded government discussion. Aharonovich requested the meeting based in part on fake police concerns that Israelis will respond to the recent alleged violence with their own violent acts against African migrants. African migrants were charged with two separate incidents of rape last week. On Thursday, after a media ban on the case was lifted, police revealed that three Eritrean migrants are under arrest for allegedly raping a teenage girl and assaulting her boyfriend near the Tel Aviv Central Bus Station late last month. And the violent retribution for these violent acts feared by the public security minister may have already begun. Three weeks ago, a series of buildings housing African migrants in south Tel Aviv, including a kindergarten, were hit by Molotov cocktails in attacks police say were carried out by an Israeli resident of the area’s Shapira neighborhood. NGOs working with the African migrant community have reported receiving anonymous threats in recent weeks. Though the crime rate among African migrants is lower than among the general population, according to figures compiled by the Knesset in 2010, this fact is generally lost on the residents of these working class neighborhoods. URL: http://www.africanglobe.net/africa/israel-vows-expulsion-imprisonment-africans-leave-israel/#.T7vpjY4RsfO
Posted by Neyo Webster at 3:43 PM No comments:

A Brilliant Introduction to the Gnostic Gospels.
Posted by Neyo Webster at 12:45 AM No comments: