An Open Message to White Supremacist Scholars, both Past and Present, Dead and Alive 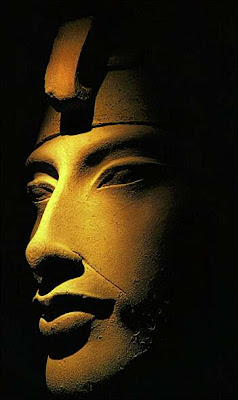 Your analysis of Black intelligence, invention, and innovation reveals your obtuse perception of the facts and your need for a more thorough education in history. The following is a short accommodation:

One of the earliest African civilizations was the kingdom of Ethiopia founded by a man named Cush. The city was originally called Cush and later became known as Ethiopia.

Their language was called Cushitic. It was the root of Aramaic, Hebrew, and Arabic. (emphasis added)

Then came the Greeks who continuously visited Africa to obtain cultural development Westerners pretend originated in Greece. They adopted the Cushitic alphabet and made: Alpha, Beta, Gamma, Delta on to Omega.

The barbaric Romans, educated by their Greek slaves, learned the Greek alphabet which they translated into A, B, Ce, D, etc.

Thus the Cushitic alphabet reached the British alphabet to become A, B, C, D, etc., as we know it.

Research tells us that the pictures on Egyptian monuments revealed that the Cushites (or Ethiopians) were the builders of the first pyramids. They not the Egyptians were the master craftsmen of the earlier ages of Egypt. The first courses of the pyramids were built of Ethiopian stone. The Cushites built temples that reached far back as the first cataract, the land tract of Aswan.

The pyramids of Giza and the temples of Meroe are all architectural accomplishments of the Cushites.

In ancient antiquity, Nimrod, the son of the founder of Cush, went on to form the civilization of Mesopotamia known also as Babylonia or Bablyon (or Sumer) Babylon located between the Tigris and Euphrates Rivers made its land very fertile allowing it to flourish tremendously.

Research tells us that there was an Ethiopian civilization in southern Mesopotamia known as Babylon but the people in this region did not use their tribal name (Ethiopia), to designate their nationality. They called themselves by the names of the cities in which they inhabited. Having constructed the city of Babel, for instance, these Ethiopians called themselves Babylonians after that city of Babel.

Mesopotamia, the so-called "cradle of civilization" is in Northeast Africa. The Babylonians made sharp advances in astronomy, mathematics, medicine, technology with metals, religion, holidays and festivals, economics, family life, government. The Mesopotamians developed the first civilized law called Hammurabi’s law. Which served as the foundation of legal systems throughout the world including the U.S. Hammurabi also established the seven-day week, with the last rest day or Sabbath. This idea was later adopted by the Hebrews and then transmitted to the Greeks, Romans, and other European societies.

Mesopotamia or Babylon is now known as modern-day Iraq. Iraq is said to be in the “Middle East” (a 19th century colonialist invention) but my study of geography has convinced me that the so-called “Middle East” is an extension of Africa and not Asia as the cartographers conveniently put it. Many of these same propagandists also fail to convey that the original Asians were BLACK.

The first Egyptian was called Mizraim, son of the black Ham. Ancient and modern scholars have established the location of Mizraim as Egypt.

The Pharaohs established powerful governments and built empire that extended in all directions, making them the most powerful country in the world. The Egyptians were proficient in mathematics, medicine, engineering, and agriculture. Their doctors even performed successful open-heart surgeries…and this was thousands of years ago!

The used geometry to resurvey every year that the Nile overflowed. Pythagoras, the Greek mathematician, learned mathematics from the Egyptians. Algebra originally came from the Arabs, who were descendants of the black Cushites. The word “algebra” came the Arabic aljebr which means “the science of the equations.” When the African Moors conquered Spain and Portugal they carried algebra into Europe.

The oldest paved road was found in Egypt. The Egyptians were skilled navigators…the most famous of fleets was the Abydos fleet.

The Egyptians were also known for creating the commonly known “Scientific Method.” They were also on the cutting edge of mathematics as mentioned earlier. They were advanced in fractions, calculus, geometry, and other mathematical sciences such as algebra.

The construction of the Pyramids is indicative advances in architecture and astronomy. The Pyramids corresponded to the working of the Sun…mysteries that are not even known to modern-day scientists and historians.

The white German historian Herbert Wendt said, in his book It Began in Babel, "Now as always there are laws demoting other races to the rank of second-rate human beings, and people who accuse certain human races of being biologically and intellectually inferior...The bilogists have long known that our intellectual and cultural attainments have nothing to do with racial heredity. Ancient Indian, oriental and Mongolian nations created civilizations before the whites did. People of Semitic and Hamitic origin and language were already playing a leading role in the western world before the Indo-Europeans ever entered into history. American Indians and Negroes founded empires and evolved arts which were equal to and often better than our own (specifically, whites). It is immaterial to the history of Mankind what races are the upholders of progress and civilization."

This is a reproof to the white supremacist scholars, site holders, and bloggers still living: Ironically, your assessment of Black intelligence is based on highly-funded Jewish pseudo-science. These are the very same people you claim to be fighting against.* It is time to unplug from the Matrix.

*I am specifically speaking to those in the so-called "Zionist Truth Movement," which is also heavily infiltrated by agents.