Was Jesus a Jew? (EXCLUSIVE) 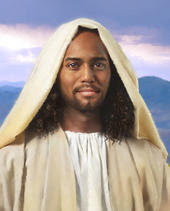 Was Jesus a Jew?
by Benjamin H. Freedman

The utterance by the Christian clergy which confuses Christians the most is the constantly repeated utterance that "Jesus was a Jew." That also appears to be your favorite theme. That misrepresentation and distortion of an incontestable historic fact is uttered by the Christian clergy upon the slightest pretext. They utter it constantly, also without provocation. They appear to be "trigger happy" to utter it. They never miss an opportunity to do so. Informed intelligent Christians cannot reconcile this truly unwarranted misrepresentation and distortion of an incontestable historic fact by the Christian clergy with information known by them now to the contrary which comes to them from sources believed by them to be equally reliable.

This poses a serious problem today for the Christian clergy. They can extricate themselves from their present predicament now only be resorting to "the truth, the whole truth, and nothing but the truth". That is the only formula by which the Christian clergy can recapture the lost confidence of Christians. As effective spiritual leaders they cannot function without this lost confidence. They should make that their first order of business.

My dear Dr. Goldstein, you are a theologian of high rank and a historian of note. Of necessity you also should agree with other outstanding authorities on the subject of whether "Jesus was a Jew." These leading authorities agree today that there is no foundation in fact for the implications, inferences and the innuendoes resulting from the incorrect belief that "Jesus was a Jew". Incontestable historic facts and an abundance of other proofs establish beyond the possibility of any doubt the incredibility of the assertion so often heard today that "Jesus was a Jew".

Jesus Was a Judean, not a Jew

Inscribed upon the Cross when Jesus was Crucified were the Latin words "Iesus Nazarenus Rex Iudeorum". Pontius Pilate's mother-tongue. No one will question the fact that Pontius Pilate was well able to accurately express his own ideas in his own mother-tongue. The authorities competent to pass upon the correct translation into English of the Latin "Iesus Nazarenus Rex Iudeorum" agree that it is "Jesus of Nazarene Ruler of the Judeans." There is no disagreement upon that by them.

Pontius Pilate expressed little interest as the administrator of the Roman Empire officially or personally in the wide variety of forms of religious worship then practiced in Judea. These forms of religious worship extended from phallic worship and other forms of idolatry to the emerging spiritual philosophy of an eternal, omnipotent and invisible Divine deity, the emerging Yahve (Jehovah) concept which predated Abraham of Bible fame by approximately 2000 years. As the administrator for the Roman Empire in Judea it was the official policy of Pontius Pilate never to interfere in the spiritual affairs of the local population. Pontius Pilate's primary responsibility was the collection of taxes to be forwarded home to Rome, not the forms of religious worship practiced by the Judeans from whom those taxes were collected.

Editor's Note: Benjamin Freedman wrote the following in 1954 for Dr. David Goldstein, LL.D. of Boston, Massachusetts, to explain the history of Khazarian Jews. It has been printed as a booklet with the title Facts are Facts.
Posted by Neyo Webster at 12:01 AM